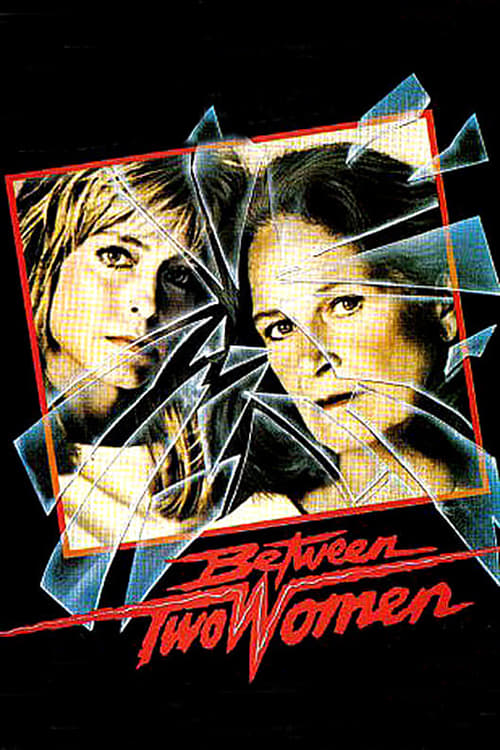 When shy school teacher Val and Harry, the son of an aged opera singer, get married, Val quickly discovers that Harry's mother, Barbara, is not very happy with their union. In fact, Barbara tries to separate the couple. But, when Barbara suffers a debilitating stroke, Val's compassion and empathy mend the rift between two women, giving Barbara the will to survive. But will Barbara learn to love her daughter-in-law?

A boy imagines a monster that helps him deal with his difficult life and see the world in a different way.

Corporate billionaire Edward Cole and working class mechanic Carter Chambers are worlds apart. At a crossroads in their lives, they share a hospital room and discover they have two things in common: a desire to spend the time they have left doing everything they ever wanted to do and an unrealized need to come to terms with who they are. Together they embark on the road trip of a lifetime, becoming friends along the way and learning to live life to the fullest, with insight and humor.

A psychic doctor, John Clancy, works with an FBI special agent in search of a serial killer.

An extremely wealthy elderly man dying from cancer undergoes a radical medical procedure that transfers his consciousness to the body of a healthy young man but everything may not be as good as it seems when he starts to uncover the mystery of the body's origins and the secret organization that will kill to keep its secrets.

When Camiel, a gay dentist, and Simon, a carefree café owner, collide in a traffic accident their lives become intrinsically entangled. When they bump into each other 14 years later, Simon is severely ill. Camiel experiences at close range how Simon and those around him come to terms with his illness. The strength and humour that Simon shows during this time leave a lasting impression on Camiel.

A woman attracts the attention of a psychotic former Army interrogator and an emotionally fragile young man caring for his ailing mother.

Angel of mercy… or murderous “Doctor Death”? Jack Kervorkian is one of the most polarizing figures in modern American history, a man whose passionate belief that people have the right to die has brought him both praise and vilification. Oscar®- and Emmy®-winning actor Al Pacino brings “Dr. Death” to life in an all-new HBO Films presentation: You Don’t Know Jack, directed by Oscar®-winner Barry Levinson.

Based on the real-life relationship between teammates Brian Piccolo and Gale Sayers and the bond established when Piccolo discovers that he is dying.

Estranged from his family, Jonathan (Hedlund) discovers his father has decided to take himself off life support in forty-eight hours’ time. During this intensely condensed period, a lifetime of drama plays out. Robert (Jenkins) fights a zero sum game to reclaim all that his illness stole from his family. A debate rages on patients’ rights and what it truly means to be free. Jonathan reconciles with his father, reconnects with his mother (Archer), sister (Brown-Findlay), and his love (Adams) and reclaims his voice through two unlikely catalysts – a young, wise-beyond-her-years patient (Barden) and a no-nonsense nurse (Hudson). Through this intensely life affirming prism, an unexpected and powerful journey of love, laughter, and forgiveness unfolds.

Nick, a gay, HIV-positive architect, begins to display severe symptoms of AIDS and makes preparations to kill himself before he is unable to function normally. He arranges a party to reconnect and say goodbye to his closest friends and his confused parents. But when his ex-partner, Brandon, a television director who left Nick when he was diagnosed with HIV, shows up, what was supposed to be a celebratory event becomes much more difficult for everyone.

Dr. Bhaskar Bannerjee struggles with his patients' suffering and the darkness and poverty he confronts daily. He treats cancer patient Anand who upon learning of his impending death determines to use the time he has left to the absolute fullest.

Griffin has been diagnosed with terminal cancer. Instead of quietly facing his death, he decides to have fun in the time remaining. At a college class on death, he meets Phoenix, who has terminal leukemia.

A young man meets a 23-year-old cancer patient on the way to the park and disrupts her plan to commit suicide.

Rex is a loner, and when he's told he doesn't have long to live, he embarks on an epic drive through the Australian outback from Broken Hill to Darwin to die on his own terms; but his journey reveals to him that before you can end your life, you have to live it, and to live it, you've got to share it.

Melody, 28 years old, a confused child born under the name X, decides to rent out her body in order to get the money she needs to realize her dream: opening a hair-dressing salon. To do so, she accepts to carry the child of Emily, a rich English woman 48 years old who can no longer have children. To make sure everything goes well and keep an eye on her future child, Emily decides to welcome Melody into her home and stay by her side throughout the pregnancy. Although they first appear to come from completely different worlds, the two women end up adopting each other: Melody finds in Emily the mother she never had, and Emily sees in Melody the daughter she always wanted to have. Evidently, the bonds that emerge during this double maternity create all sorts of doubts and questions.

The Old Vic in association with Bristol Old Vic, Jonathan Church Productions & Global Creatures’ present their Olivier Award-winning production, A Monster Calls. Thirteen-year-old Conor and his mum have managed just fine since his dad moved to America. But now his mum’s very sick and she’s not getting any better. His grandmother won’t stop interfering and the kids at school won’t look him in the eye. Then, one night, at seven minutes past midnight, Conor is woken by something at his window. A monster has come walking. It’s come to tell Conor tales from when it walked before. And when it’s finished, Conor must tell his own story and face his deepest fears. On publication, A Monster Calls became a bestseller with children and adults alike with its dazzling insight into love, loss and healing. It garnered huge critical acclaim, including an unprecedented double win of the Carnegie and Greenaway Medals for outstanding children’s literature and illustration.

Bound By a Secret

Two old friends who share a life-long secret are forced to face the truth—and its consequences—when one is diagnosed with a terminal illness and wants to put her affairs in order.

Two brothers, Paul and Elliot, embark on one last road trip together to Mammoth, California.

Professor Stuart Browning sits and reads an old farewell letter written to him by his wife Moira (Jill Clayburgh) who was dying of cancer, then she calls him to tell him dinner is ready, as she had beaten that cancer five years ago. Soon after, Moira discovers her cancer has returned so she begins preparing anew, her husband, her teenage daughter Jani (Cyndy Preston), and her young son Brad (Andrew Bednarski) for when she is gone.

The Eyes of Scott Robbins

A TV producer documents his cancer treatment with the help of a miniature camera hidden in his glasses, upsetting his close friends and family in the process.