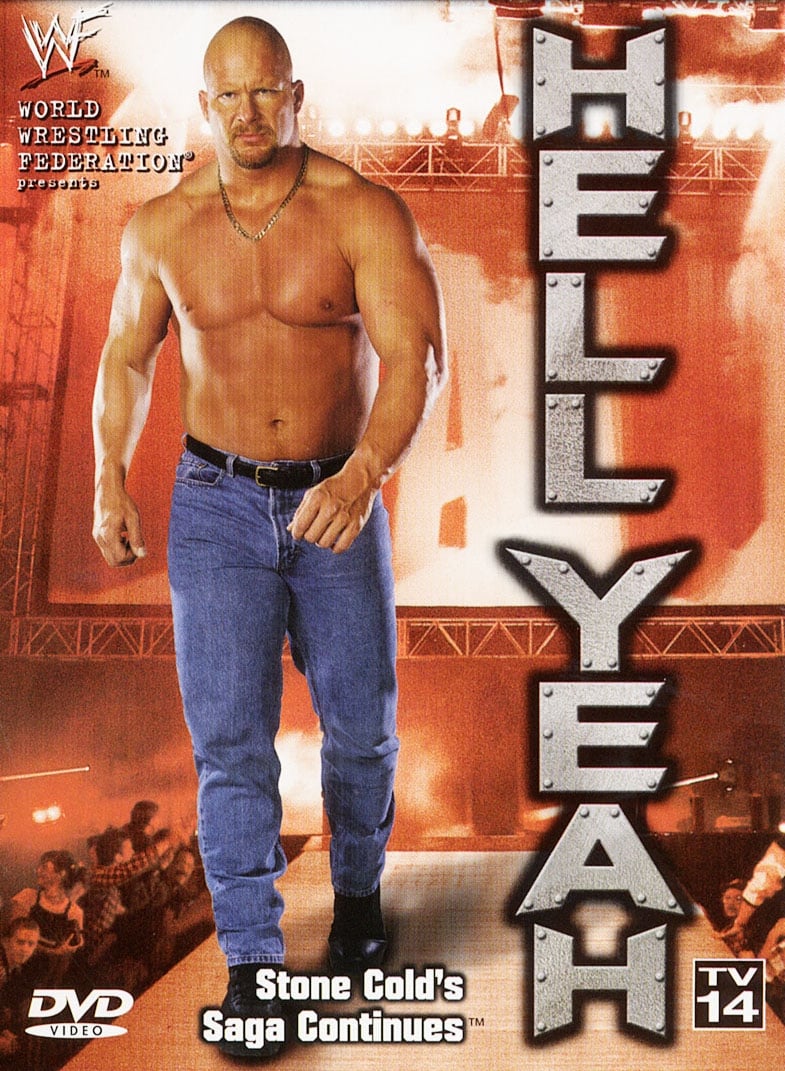 The WWF's biggest star continues his journey through the ring (and superstardom), to the delight of his millions of fans. Includes segments from "Austin 3:16 Uncensored" and "Cause Stone Cold Said So." Features commentary from other World Wrestling Federation Superstars and the Rattlesnake's greatest moments in and out of the squared circle

Four beautiful rivals at an invitation-only martial-arts tournament join forces against a sinister threat. Princess Kasumi is an aristocratic warrior trained by martial-arts masters. Tina Armstrong is a wrestling superstar. Helena Douglas is an athlete with a tragic past. Christie Allen earns her keep as a thief and an assassin-for-hire.

Fighting with My Family

Born into a tight-knit wrestling family, Paige and her brother Zak are ecstatic when they get the once-in-a-lifetime opportunity to try out for the WWE. But when only Paige earns a spot in the competitive training program, she must leave her loved ones behind and face this new cutthroat world alone. Paige's journey pushes her to dig deep and ultimately prove to the world that what makes her different is the very thing that can make her a star.

An ambitious and wide-ranging documentary exploring Andre’s upbringing in France, his celebrated career in WWE, and his forays in the entertainment world.

A down-on-his-luck crab fisherman embarks on a journey to get a young man with Down syndrome to a professional wrestling school in rural North Carolina and away from the retirement home where he’s lived for the past two and a half years.

The greatest Olympic Wrestling Champion brother team joins Team Foxcatcher led by multimillionaire sponsor John E. du Pont as they train for the 1988 games in Seoul - a union that leads to unlikely circumstances.

Aging wrestler Randy "The Ram" Robinson is long past his prime but still ready and rarin' to go on the pro-wrestling circuit. After a particularly brutal beating, however, Randy hangs up his tights, pursues a serious relationship with a long-in-the-tooth stripper, and tries to reconnect with his estranged daughter. But he can't resist the lure of the ring and readies himself for a comeback.

The Resurrection of Jake the Snake

A fallen professional wrestling superstar battles his past demons in a struggle to reclaim his life and the family that has given up on him.

Dangal is an extraordinary true story based on the life of Mahavir Singh and his two daughters, Geeta and Babita Phogat. The film traces the inspirational journey of a father who trains his daughters to become world class wrestlers.

WrestleMania 35 will be the thirty-fifth annual WrestleMania professional wrestling pay-per-view (PPV) event and WWE Network event produced by WWE for their Raw, SmackDown, and 205 Live brands. It will take place on April 7, 2019 at MetLife Stadium in East Rutherford, New Jersey. The event is set to feature the first-ever women's main event match in the show's history.

The World According to Garp

Based on the John Irving novel, this film chronicles the life of T S Garp, and his mother, Jenny. Whilst Garp sees himself as a "serious" writer, Jenny writes a feminist manifesto at an opportune time, and finds herself as a magnet for all manner of distressed women.

In this fast action-packed thriller, Jonathan, Marcus, and Aurora compete in a dangerous, fierce sport called Rollerball. Although, Johnathan and Marcus try to quit, cruel and vindictive promoter Alexi Petrovich encourages them to still participate.

Money in the Bank (2019) was a professional wrestling pay-per-view (PPV) and WWE Network event, produced by WWE for their Raw, SmackDown, and 205 Live brands. It took place on May 19, 2019, at the XL Center in Hartford, Connecticut. It was the tenth event under the Money in the Bank chronology. Twelve matches were contested at the event including one on the pre-show. In the main event, Brock Lesnar inserted himself in the men's Money in the Bank ladder match to win it. Bayley won the women's Money in the Bank match and later cashed in the contract to win the SmackDown Women's Championship from Charlotte Flair, who herself had just won the title from Becky Lynch. In her other match Lynch retained her Raw Women's Championship against Lacey Evans. In other prominent matches, Kofi Kingston defeated Kevin Owens to retain the WWE Championship while Seth Rollins defeated AJ Styles to retain the Universal Championship.

Night and the City

Londoner Harry Fabian is a second-rate con man looking for an angle. After years of putting up with Harry's schemes, his girlfriend, Mary, becomes fed up when he taps her for yet another loan. His latest ploy, promoting an aging Greek wrestler, goes awry when the wrestler dies and everyone points the finger at Harry. Hiding out in a riverfront barge, Harry sees his grand ambitions spiral into a nightmare of fear and desperation as the underworld closes in.

Man on the Moon

The story of the life and career of eccentric avant-garde comedian, Andy Kaufman.

Two slacker wrestling fans are devastated by the ousting of their favorite character by an unscrupulous promoter.

Fastlane (2016) is a professional wrestling pay-per-view (PPV) event produced by WWE. It took place on February 21, 2016 at the Quicken Loans Arena in Cleveland, Ohio. It was the second event under the Fastlane chronology.

Hardened by years in foster care, a teenage girl from Brooklyn’s Brownsville neighborhood decides that wrestling boys is the only way back to her estranged father.

It will take place on October 6, 2018, at the Melbourne Cricket Ground in Melbourne, Australia.

The documentary shows Hart from his early days of learning about professional wrestling his father's " Dungeon " to his reigns a WWF World Heavyweight Champion to the dramatic downfall at Survivor Series 1997.