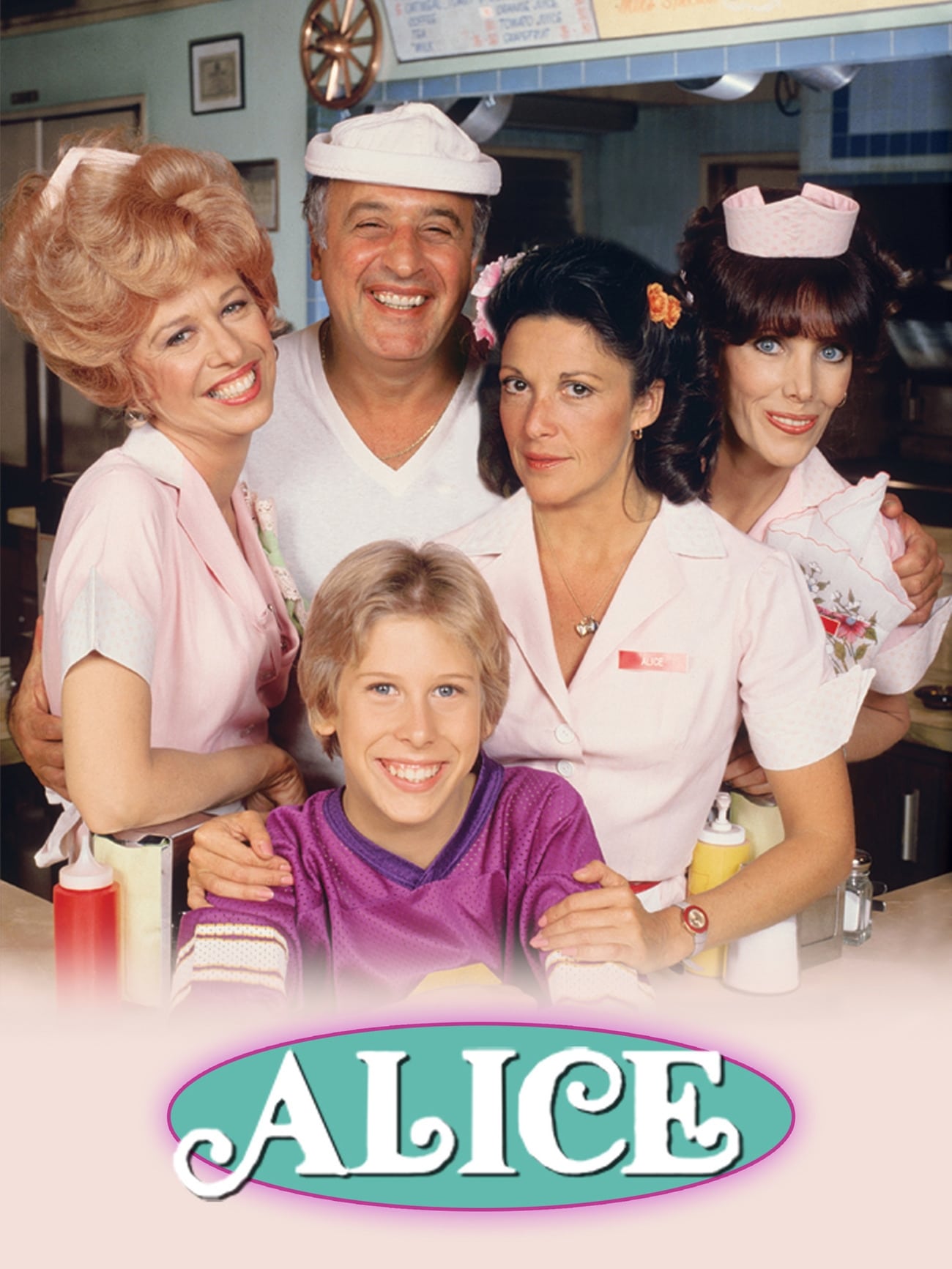 Alice is an American sitcom television series that ran from August 31, 1976 to March 19, 1985 on CBS. The series is based on the 1974 film Alice Doesn't Live Here Anymore. The show stars Linda Lavin in the title role, a widow who moves with her young son to start her life over again, and finds a job working at a roadside diner on the outskirts of Phoenix, Arizona. Most of the episodes revolve around events at Mel's Diner. 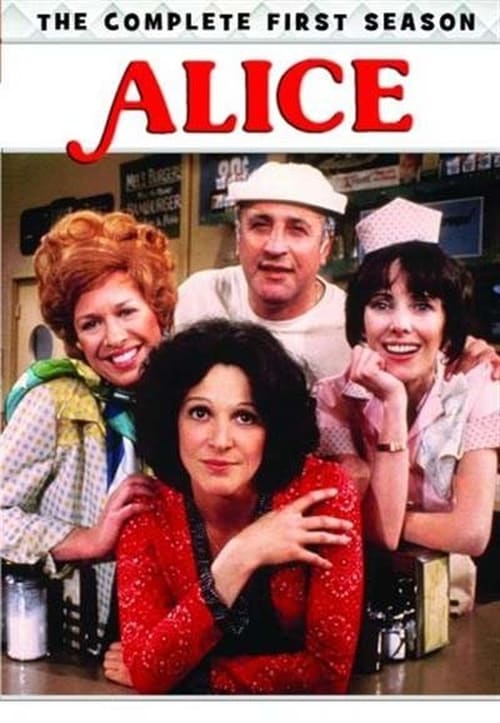 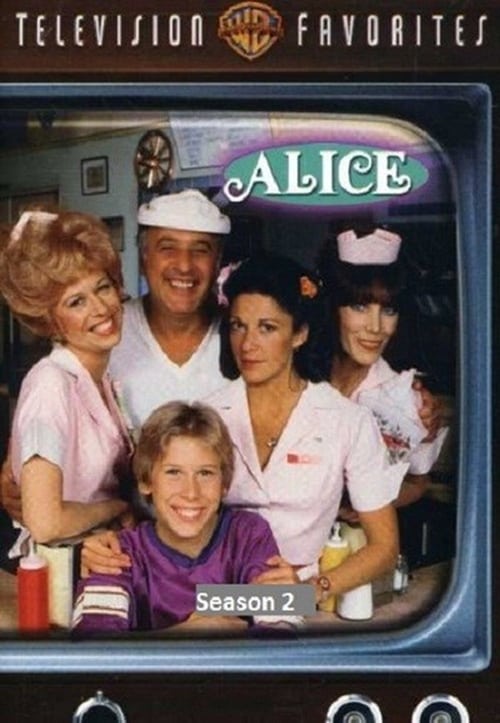 Liza Miller, a suddenly single stay-at-home mother, tries to get back into the working world, only to find it’s nearly impossible to start at the bottom at 40-year old. When a chance encounter convinces her she looks younger than she is, Liza tries to pass herself off as 26 and lands a job as an assistant at Empirical Press. Now she just has to make sure no one finds out the secret only she and her best friend Maggie share.

Comedy about the unlikely friendship that develops between two very different young women who meet waitressing at a diner in trendy Williamsburg, Brooklyn, and form a bond over one day owning their own successful cupcake business. Only one thing stands in their way – they’re broke.

The relationship between Arthur, the gruff owner of a small donut shop, his enterprising new young employee, Franco, and their loyal patrons in a quickly gentrifying Chicago neighborhood.

Medical sitcom Ivan Okhlobystin about doctors who still do not know how to treat, but know how to make people laugh. The main characters of the sitcom - four interns. They always get into stupid situations, and their leader Dr. Bykov pleasure of watching this

The story about a blue-collar Boston bar run by former sports star Sam Malone and the quirky and wonderful people who worked and drank there.

Hilarious ensemble comedy that follows Leslie Knope, a mid-level bureaucrat in the Parks and Recreation Department of Pawnee, Indiana, and her tireless efforts to make her quintessentially American town just a little bit more fun.

In the unreal world of Sacred Heart Hospital, John "J.D" Dorian learns the ways of medicine, friendship and life.

Best friends Raven and Chelsea, now both divorced mothers, are raising their children in a house together. Their house is turned upside down when they realize one of Raven's children inherited the same psychic abilities as their mother.

Fresh Off the Boat

A '90s-set single-camera comedy about a hip-hop-loving Asian kid growing up in suburban Orlando, being raised by an immigrant father obsessed with all things American and an immigrant mother often bewildered by white culture.

The everyday lives of office employees in the Scranton, Pennsylvania branch of the fictional Dunder Mifflin Paper Company.

Bob's Burgers follows a third-generation restaurateur, Bob, as he runs Bob's Burgers with the help of his wife and their three kids. Bob and his quirky family have big ideas about burgers, but fall short on service and sophistication. Despite the greasy counters, lousy location and a dearth of customers, Bob and his family are determined to make Bob's Burgers "grand re-re-re-opening" a success.

A single-camera ensemble comedy following the lives of an eclectic group of detectives in a New York precinct, including one slacker who is forced to shape up when he gets a new boss.

A hilarious workplace comedy about a unique family of employees at a super-sized mega store. From the bright-eyed newbies and the seen-it-all veterans to the clueless summer hires and the in-it-for-life managers, together they hilariously tackle the day-to-day grind of rabid bargain hunters, riot-causing sales and nap-worthy training sessions.

Just Shoot Me! is an American television sitcom that aired for seven seasons on NBC from March 4, 1997, to August 16, 2003, with 148 episodes produced. The show was created by Steven Levitan, the show's executive producer.

Owner Basil Fawlty, his wife Sybil, a chambermaid Polly, and Spanish waiter Manuel attempt to run their hotel amidst farcical situations and an array of demanding guests.

Jack Bourdain had it all but messed it up going wild. Four years later, he ends up with a crappy job in Pizza Chain. Then, he gets an offer to get back in the game as the chef of a famous restaurant.

The New Adventures of Old Christine

Single working mom Christine Campbell has just learned that her ex is dating a much younger woman with the same first name. To avoid any confusion, the new girlfriend is dubbed New Christine, which leaves her with the unfortunate nickname Old Christine.

After her dentist husband of 20 years leaves her for his dental hygienist, Reba Hart's seemingly perfect world is turned upside down.​

The Lucy Show is an American sitcom that aired on CBS from 1962–68. It was Lucille Ball's follow-up to I Love Lucy. A significant change in cast and premise for the 1965–66 season divides the program into two distinct eras; aside from Ball, only Gale Gordon, who joined the program for its second season, remained. For the first three seasons, Vivian Vance was the co-star. The earliest scripts were entitled The Lucille Ball Show, but when this title was declined, producers thought of calling the show This Is Lucy or The New Adventures of Lucy, before deciding on the title The Lucy Show. Ball won consecutive Emmy Awards as Outstanding Lead Actress in a Comedy Series for the series' final two seasons, 1966–67 and 1967–68.